All About Corona Virus

All About Corona Virus 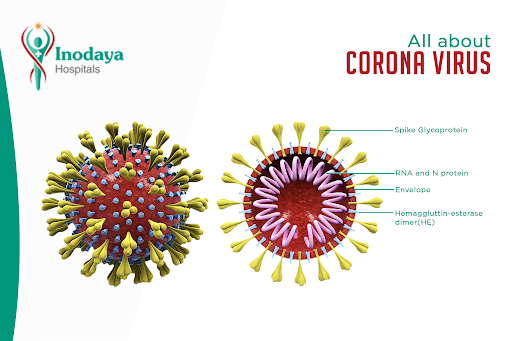 Headlines and breaking news on all newspapers, Tv Channels and social media is all about the dangerous health attack – Corona Virus.

Countries all over the globe are stepping in to take up the efforts to tackle with Corona Virus (COV), which was originated in China. The World Health Organization (WHO) declared a global health emergency about Corona Virus, which was a outbreak in Wuhan City – China.

As of today, more than 900 people were seen dead and more than 40,000 people were sickened only in China. Global results shown that the virus has been spread to many other countries around china such as India, Bangladesh, Russia etc. Health authorities have not declared the perfect end as the Virus Corona is still a question to every one. Inodaya Hospitals Kakinada helps you all to know everything about Corona Virus and to be far away for these Corona symptoms.

What is Corona Virus ?

Corona Viruses are zoonotic. They are transmitted between animals and humans. Various investigations found that SARS was transmitted from civet cats to humans, while MERS travel to humans from dromedary camels. There are several known corona viruses circulating in animals that have not yet infected humans.

The name corona virus is derived from the Latin word corona which means crown or halo. A novel corona virus(nCoV), identified by Chinese authorities is a new strain that has not been previously identified in humans.

Different types of corona viruses that effect humans are 229E, NL63, OC43, and HKU1 vary in the severity of the illness they cause and how far the virus spread.

What are the symptoms?

In more severe cases, the infection can result in pneumonia, severe acute respiratory syndrome, kidney failure, and even death. This is common in patients with cardiopulmonary disease and weakened immune systems. However, the incubation period of corona virus remains unknown, but the Centers for Disease Control(CDC) says that it could be between 10 to 14 days of exposure. Sometimes infected patients can be asymptomatic which means they do not have any of the symptoms mentioned above, despite having the virus inside their systems.

How is Corona virus Diagnosed and Treated?

Diagnosis of new corona virus is difficult with only a physical exam because mild cases of corona virus may appear similar to common flu or cold. Therefore, doctors may suggest laboratory tests on respiratory specimens and serum isolated from your blood, to detect human corona virus. These tests are more likely to be used if you have severe respiratory illness or suspected of having Middle East Respiratory Syndrome (MERS) caused by a corona virus. There are no available treatments for any human corona viruses, according to the CDC. Patients infected with 2019-nCoV should be treated with supportive measures such as taking medications to relieve symptoms.

How is Corona virus prevented?

Till date there is no specific vaccine to prevent corona virus. One of the best ways to prevent Corona virus is to avoid being exposed to this virus. However, the CDC recommends some preventive actions listed below that help prevent the spread of respiratory viruses.

Remember, anyone can catch this virus. But the effect it will have on you, and how seriously ill you might become ill is dependent on several other factors. Adults and older people with conditions like asthma, diabetes or heart disease appear to be more vulnerable to become severely ill with the new corona virus. Health agencies including the Centers for Disease Control (CDC) and World Health Organization (WHO) are keeping a careful eye and taking steps to prevent new corona virus from spreading.

Home remedies to get rid of overweight

10 Heart-Healthy Foods you should add into your diet

9 Simple Steps to a Healthier Heart

6 Health Risks of Being Overweight

Send Message
Welcome to Inodaya Hospitals
Powered by
Hi! We're here to answer any questions you may have.